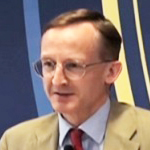 Sir Noel Malcolm is a Senior Research Fellow of All Souls College, Oxford, and a Fellow of the British Academy. He began his career as a Fellow of Gonville and Caius College, Cambridge; he was then political columnist and, subsequently, Foreign Editor of the Spectator, and then chief political columnist of the Daily Telegraph. In 1996 he was a visiting Fellow of St Antony’s College, Oxford, and in 1999 he was a lecturer at Harvard. He has published books on, among other subjects, early modern philosophy and the history and culture of the Balkans. 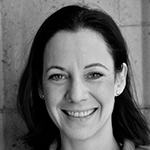 Annunziata Rees-Mogg is a director at Wild Search, an executive search and selection firm. Her background is as a financial journalist, having worked on Sunday Business and been deputy editor of MoneyWeek, the UK’s largest circulation financial magazine. She has been politically active, editing the leading eurosceptic magazine the European Journal, and running for Parliament twice. A former leader writer for the Daily Telegraph, she has written articles on all subjects from international relations to ballroom dancing. 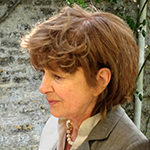 Jessica Douglas-Home, widow of Charles Douglas-Home, married Rodney Leach (Lord Leach of Fairford) in 1993. She trained at the Chelsea Art School and the Slade School of Art. She exhibited her paintings and etchings in London galleries and in America and Brussels. She designed sets and costumes at several London theatres including the National Theatre. She has written 3 books and founded the Mihai Eminescu Trust in 1986 – of which she is Chairman. 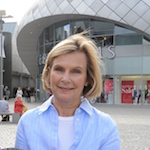 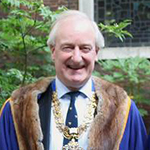 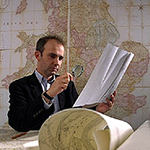 Patrick James is Director of the Landscape Agency, a company he founded in 1998. It specialises in landscape design, planning and management across the UK and Europe. Patrick previously worked as policy adviser to Lord Rothschild during his chairmanship of the National Heritage Memorial Fund/Heritage Lottery Fund between 1994 – 98.Patrick is also a Director of Sandby, a development company that promotes good place-making; projects include the masterplanning of a new town near York.Patrick has a BSc (Hons) in Agriculture from the University of London and a Postgraduate Diploma from the Architectural Association. He co-wrote ‘From Acorn to Oak Tree’ a centenary history of the National Trust with Dame Jennifer Jenkins. Patrick lives in North Yorkshire and looks after a garden that has been open to the public via the National Gardens Scheme since 1947. 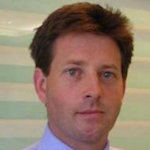 Tara Douglas-Home is a Senior Management Consultant with IBM UK Ltd specialising in advising clients in the field of Supply Chain. Prior to joining IBM he was with PwC Consulting which he joined after 6 years working for subsidiaries of GEC Plc. Educated at Eton, he has a BA(hons) in Modern History from the University of East Anglia, during which he was also a Bursar in the British Army for 4 years. He has a keen interest in politics and the countryside. 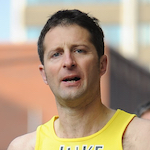 Is CEO of Clear Public Space Ltd, a social enterprise. It works together with the Romanian National Tourist Board (amongst others). Having been a freelance journalist and making documentary films (for Asahi Beer Europe Ltd and ‘ 19,000 Would do it’ & ‘Nobody Knows’ he now devotes his working time entirely to Clear Public Space Ltd, while being a trustee of the Charles Douglas-Home Memorial Trust and the multi-award winning Mihai Eminescu Trust in his free time. He is married, with 2 children.